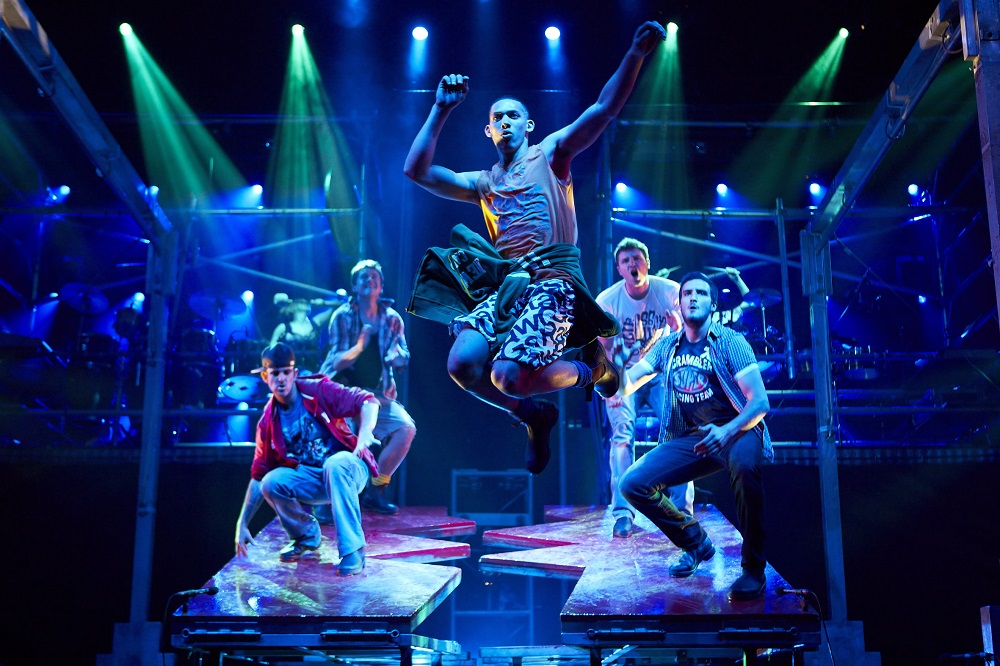 Posted at 10:00h in Events by Heather 0 Comments

We are really looking forward to the opening night tomorrow of one of Australia’s most successful shows, Dein Perry’s TAP DOGS, which has started its run in Cape Town and is heading up to Jozi from 29th August to 16th September only.

A few extra shows have been added to the Joburg run as well, which is always a sign that a show is awesome, and watching all the online videos has us tapping our toes in anticipation. This global dance sensation has appeared in over 37 countries and has been watched by over 12 million people have been dazzled by the high energy performances, and imagination of these unique performers.

Dein Perry’s TAP DOGS features high-energy dance, theatrical performance and live music performed by a cast of six dancers and two musicians who will bring the steel works to life in a fast paced, unstoppable spectacular that is the perfect show for anyone from 8-80.

This 75-minute show combines the strength and power of workmen with the precision and talent of tap dancing. Whether they are in water, upside-down or jumping through scaffolding, the “Tap Dogs” have been performing to the beat of their own drum since their world premiere at the Sydney Theatre Festival in January 1995.

Success quickly followed with seasons in London, New York, Tokyo, Paris, Berlin and many other cities. A worldwide television audience of over 3.4 billion saw 1,000 Tap Dogs performing in the Opening Ceremony of the 2000 Sydney Olympics.

Book your tickets on Computicket here…