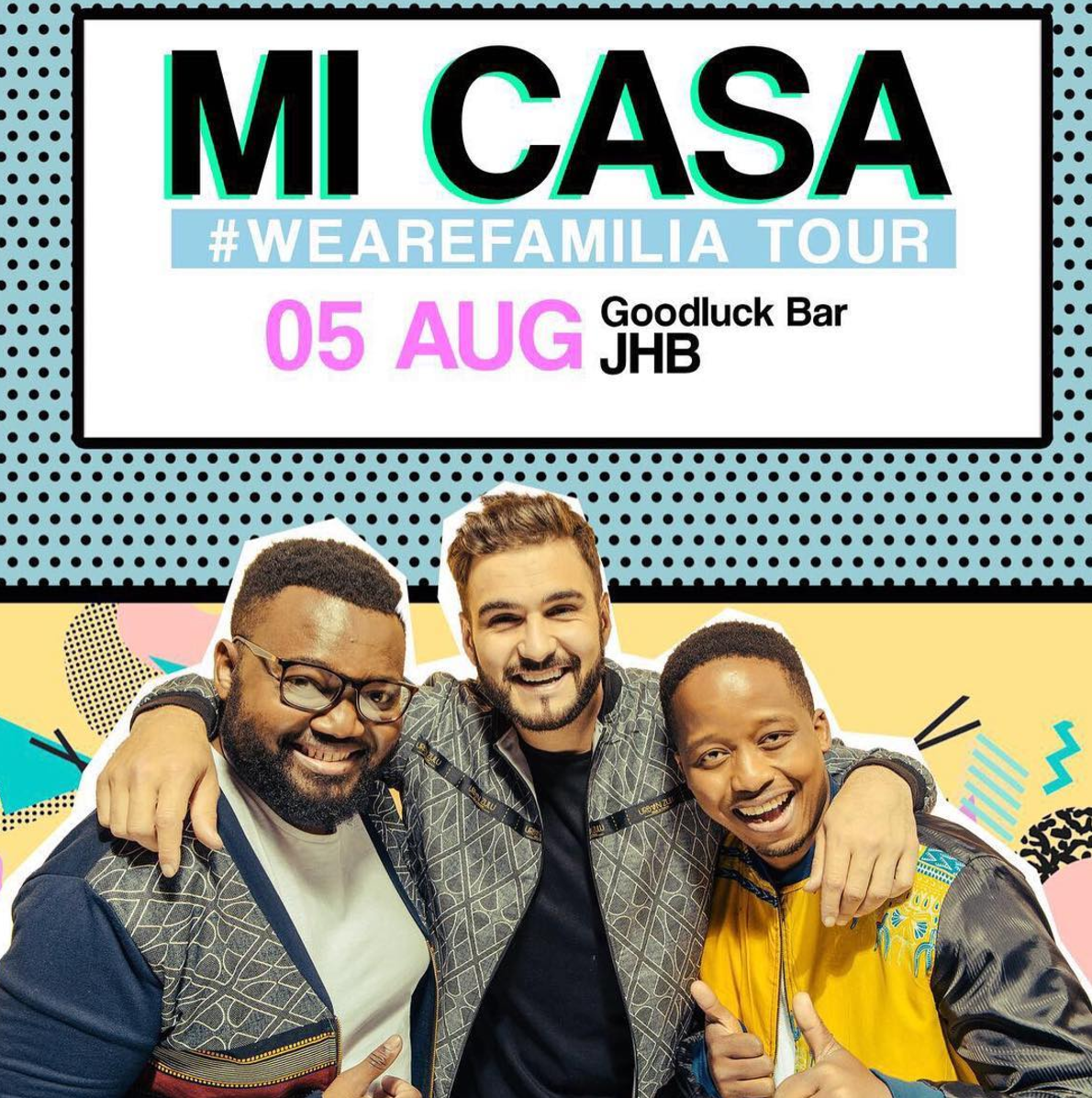 Posted at 11:59h in Events, Home by zarabriner 0 Comments

Household band, Mi Casa will present their latest studio album, Familia for one night only on Saturday 5th August.

The boys from one of the most loved house bands in South Africa are set to give viewers an exciting experience when they take to the stage on the 5th August at The Good Luck Bar on 1 Fox Street in Ferreirasdorp, Johannesburg.

With a thrilling new live set and a new audio visual set up, Mi Casa promise to take their already amazing show to a whole new level as they launch their fourth studio album, Familia in front of dozens of loyal fans and supporters.

Expect to hear the smash hit “Nana”, “Feeling You” and “Magalhena” as you listen to J’Something and his bandmates sing and dance their way into your hearts. Chatting about the new album, the award-winning musician explains the album title, saying,

“We are coming out with our fourth album, titled Familia, which means family. I come from a broken family, we were going to be a broken family. But we decided to keep it together. We are a unit and will not let anything come between us,” says J’Something.

Supported by some of South Africa’s up and coming talent as well as some big household names, the Familia album launch at The Good Luck Bar promises to be a fun and inspiring night out, or should we say, a night to remember.

Expect to hear songs “Nana” and “Feeling You”

For more information or to book your tickets visit Computicket before it’s too late.