Welcome to The Marabi Club where superb food and drink blend together with the best in live jazz performances. Inspired by the penny-whistle Marabi clubs of the 1920’s which were formed in the wake of one of the world’s richest gold rushes, in Johannesburg.

It was a lifestyle prompted by the need to escape the hardships of the working week and was defined by illegal shebeens, where fierce talk of politics was accompanied by the equally disruptive soundtrack of jazz.

Today The Marabi Club is tucked into the basement of Hallmark House in Maboneng, under a hotel and is characterised literally by a hole in the wall, through which one steps in to a world of magic.

Marabi is only open Wednesday to Saturday evenings until the early morning, and the experience is like nothing you have ever seen or experienced before. Order an incredibly potent ‘Skillachi” house cocktail and kick back with some of the best jazz acts live on stage.

As the night progresses the vibe picks up, and once dinner is over the place is literally pumping – this stage has seen not only some of Joburg’s up and coming jazz artists, but the likes of Jonathan Butler and Rohan Marley have also leapt up on stage to perform quite ad hoc, much to the delight of the guests. 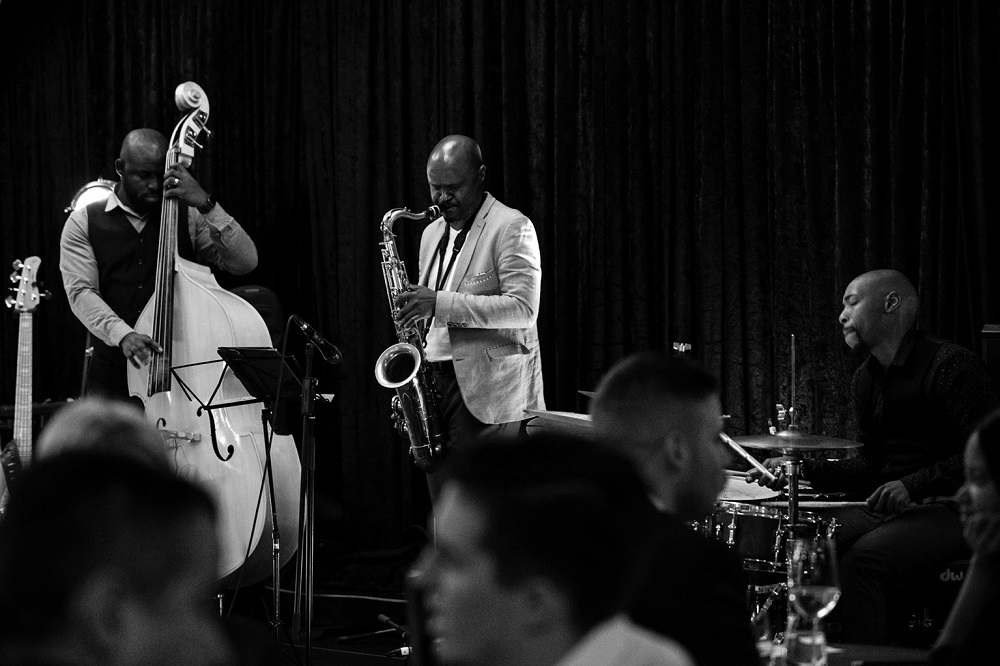 The long narrow room is something different and the décor features antique furniture sourced from a variety of stores, as well as front doors from some of the oldest townships in Joburg adorn the walls.

Chef Vusi Ndlovu is young and charming, only 27 years old and already with some fantastic experience under his belt.

How long have you been at The Marabi Club?

Since day one, so around 16 months? It was an amazing opportunity for me to work with Chef Luke Dale-Roberts for the first five months to get the restaurant up and running and then to be able to take what he had built and transform it was an amazing experience for me.

Tell us about the menu?

We started with tapas that has evolved as time goes by – I have gotten quite creative and it’s been a load of fun. The KFQ (Deep fried quail, kimchi slaw, Japanese mayo and salsa verde or chimichuri) is still one of our most popular dishes and I love to evolve the dishes constantly. Right now we are doing a lot of fermentations and we are even making our own bacon on the premises – you know why buy it, if you can make it is really my philosophy.

The broccoli with wasabi and seaweed is always a special surprise but people just love it the moment they taste it!

What is your fave dish on the menu right now?

Without a doubt the roasted sweetcorn and hay. It’s a new dish that I just created and it’s delicious. Yes, real hay – I saw it in a shop and thought I should get creative with it. It’s such a simple dish and you can eat it with your hands. It has such an effect on people and it’s such a simple dish to make. I love seeing peoples faces when they try my food. 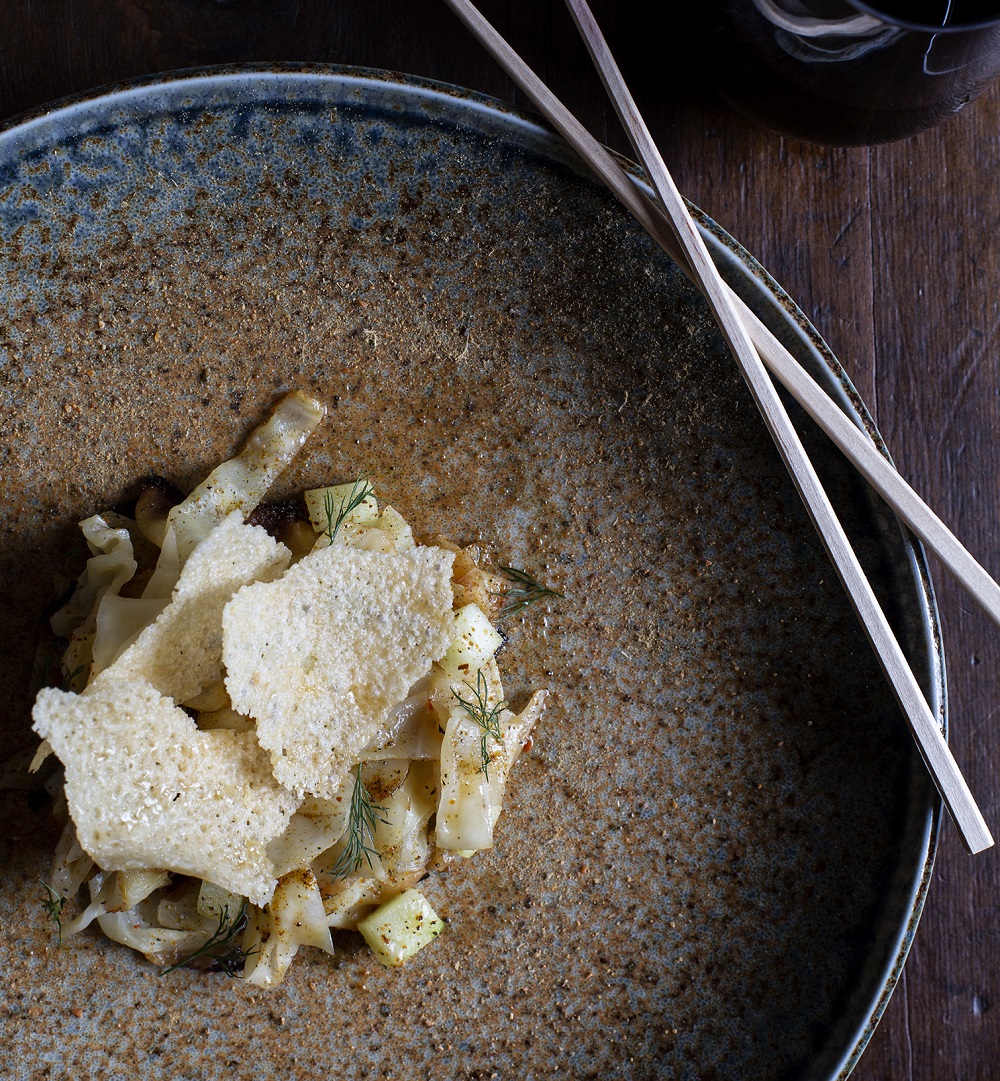 What are the most challenging, and rewarding, things about your job?

I think growing the team and making sure that we are the best that we can be, that has been a huge challenge – but one that I have overcome. I also detest admin, but in my position it must be done, so I find a way to make it work.

The most rewarding thing for me is having a menu that everyone loves. The menu is really extensive menu and has many different components to it – but I love being original. You shouldn’t copy other people or try and be cookie cutter, that never works in my opinion. Put in the work and create something that is so unique and different that you make a name for yourself.

Where did you train?

I didn’t *laughs. When I was eighteen I left school and needed a job so I got a gig cooking eggs at The Sheraton Hotel. I thought I was so cool back then. But that said, I have had the opportunity to work for some of the best chef’s in the industry and I learnt as much as I could. That has certainly helped me get a foot in the door, and I am constantly grateful for what has come my way in the last ten years.

What’s in the pipeline for the next little while?

Hmmm, something drastic I think. I like to make bold moves. Maybe change the entire menu, who knows? I also would love to get Marabi listed as one of the Top 20 restaurants in South Africa. The chef needs to be in charge for at least a year before you can start ranking, so let’s see what we can do in 2019. 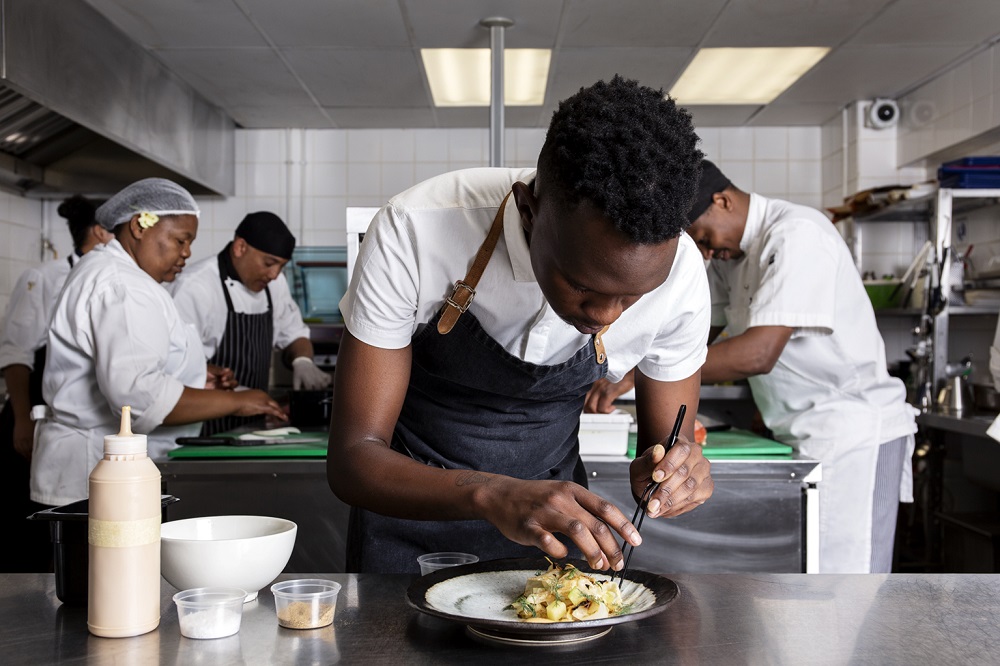 Watching series and lying in bed. I talk all day and deal with people all day so it’s nice to sometimes just not talk to anyone. But at the end of the day I miss my team, and it’s good to be back at it the next day.

Japan, without a doubt. The Japanese do the best of everything – they are specialists in their craft – like making Tempura or sushi rice – that dedication to doing one thing well is incredible. Here we try to do everything, but they don’t. I would love to see that discipline in action

Dinner with one person dead or alive – who would it be?

Myles Davis. He was cool – eccentric and dramatic. He had his demons but he was a genius, and I would love to know what was going on in his head, I like artists and people who dare to challenge the norm.

Hmmm – rice and mince like my mom used to make it. It really reminds me of home. My mom made it the best. I don’t really cook much, I eat at work, so that’s something that I would have a home with my mom and my siblings.

Garden trends for summer in Jozi...