Posted at 11:00h in Lifestyle by Heather 0 Comments

Honda South Africa have launched their newest Honda Civic Type R and is leading the pack as the most powerful of front wheel drive cars, currently.

Where do I start with the new Honda Civic Type-R? It is truly the marmite car of today. I agree, it’s not a car for everybody but it is one of the most brutal and most involved driving cars you can own today. The new Type-R has a 2.0 litre turbo VTEC engine pushing out 228kw and 400nm.

Not the most power I know, but all that power is put through the front wheels only, making it the most powerful production front wheel drive cars right now. Plus, it is only driven through a manual gearbox. Some driving enthusiasts love the fact that it only comes in a manual yet the majority shunned the Type-R for having 3 pedals.

The Type-R is as hard-core as the badge suggests, offering stiffening dampers and very clever front suspension, to help minimize torque steer and a very clever differential that works with the suspension to get the car in the direction you want to go. Paired with an amazing chassis, the Honda Civic Type R set the new front-wheel-drive lap record around the all familiar Nurburgring with a blistering 7:43.80 time back in April, 2017. That is quicker than some of today’s modern sports cars like the Porsche Panamera Turbo, Ferrari F430, 997 Porsche Turbo, Nissan GTR R35 and the Lamborghini Gallardo LP560-4. 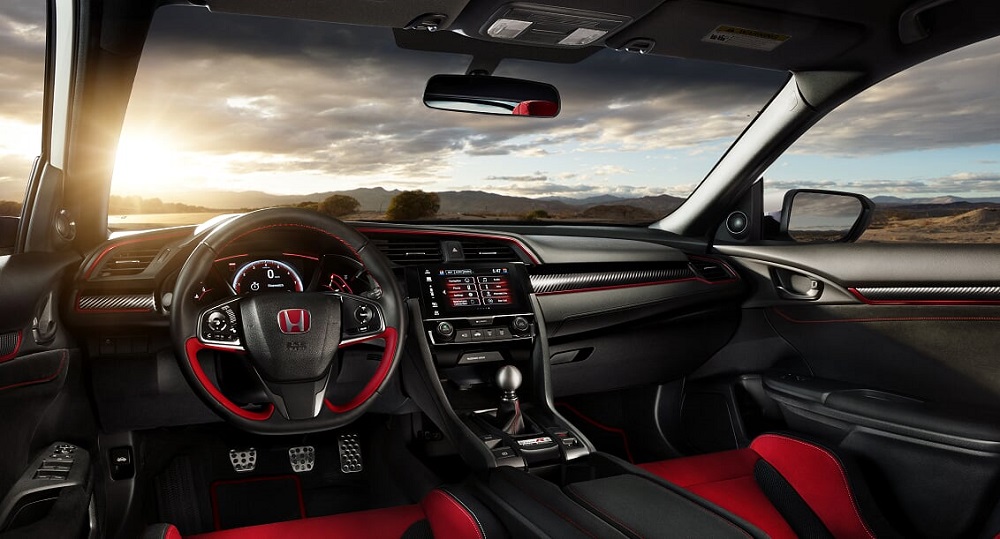 In saying that the Type-R has 3 driving modes now. Sport (default setting), comfort and the track focussed +R mode. The +R might be too hard for everyday driving, but “Type R Bro”. Sport, being the default setting on the car and comfort being surprisingly, comfortable. The comfort mode is a mode that really softens the Type-R to be a daily run around for those who need to cart the in-laws around without any complaining.

Another feature new in the Type-R is the auto blip on down shifts. The engine will match the revs on downshift to keep the car balanced on entering corners. But for those who don’t want the feature and would rather hill and toe, you can deactivate the feature completely.

Android auto and Apple Carplay are available for that seamless integration from phone to car. Whatsapp, music, Maps and many more features are accessible using Smart Phone integration on the Type-R infotainment system. A big plus is the Type-R comes standard with built in navigation. The Type-R still has those amazing LED headlamps and keyless entry and keyless start as standard. In fact, the Type-R comes with a lot of spec from the factory that most competitors offer at a fee. Plus, Honda offer a five year 200 000km warrantee and five year 90 000km service plan. A full maintenance plan is only an extra R25 000 fee for those that want. 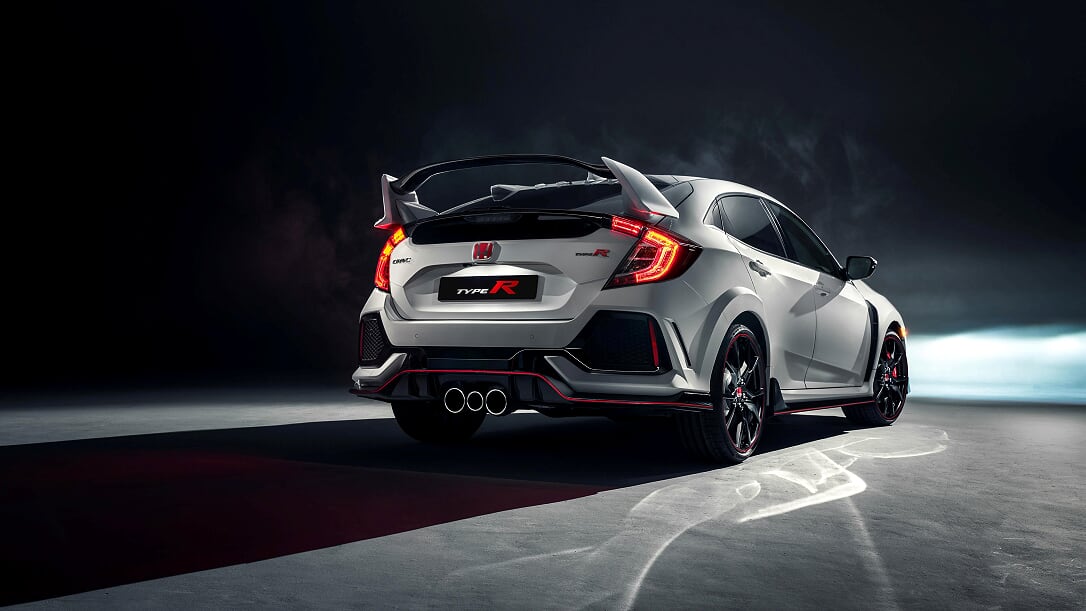 I recently got to drive a friend’s Type-R as I couldn’t organise a test drive, and I must say it is a real Dr Jekyll
and Mr Hyde vehicle. It is one of the very few cars that made me giggle and really enjoyed driving. It was soft, obnoxious and fun when I wanted it to be. Its spacious, comfortable and being a Honda you know it will be reliable. If it’s attention you want, it’s attention you will get in this beast.

In my opinion, the Honda Civic Type-R is a fantastic car at its retail price of R 635 500. If you look at competitors within its class, with similar spec, they are priced above the Type-R significantly. For example, the Golf R starts at R 664 400 and sells like hotcakes without any spec on the car whatsoever.

I did some investigating to find out people’s reasons for buying other brands and not the Type-R and the general consensus is that they aren’t getting a chance to drive the car without finance approval, and most dealers don’t have the cars on their show room floor. Others said it was difficult to organise a car without purchasing it and they decided not to purchase because of presale service.

Having said that, I truly hope Honda South Africa make a plan to market this car and create awareness because it deserves the attention it gets all over the world.